Homelessness in NSW jumps by more than 30% 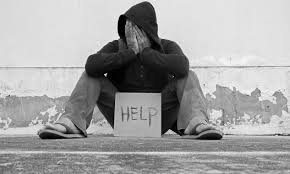 The number of people who are homeless in NSW has soared by more than one-third, with newly released census data showing people living in “severely” overcrowded dwellings are the greatest contributor to this increase. NSW recorded the most severe jump in homelessness of any state or territory between the 2016 and 2011 censuses. In 2011 the number of homeless people in NSW was 28,191 but reached 37,715 last census night, the statistics bureau found.